Exploring the Big Sky state and everything it offers. 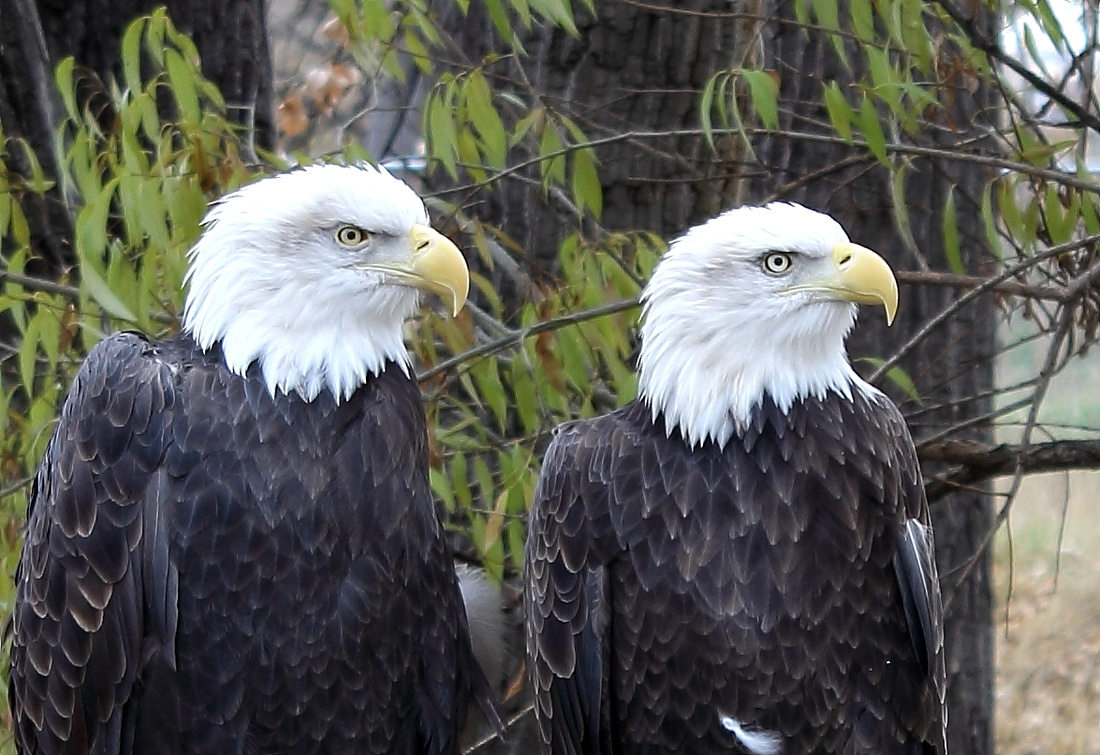 Tippit Rise? Never heard of it.

So for Christmas a couple years ago Dianne gave me tickets to Tippet Rise so I can photograph it. I had no idea what Tippet Rise was. It is about a one hour drive southwest of Billings near a town of Fishtail. In other words in the middle of nowhere. The area is beautiful undisturbed by civilization as much of Montana is. The Beartooth mountain range close by to the south and sheep and cattle ranches surrounding. Upon arriving to the gate we presented our tickets and the gentleman gave us directions and let us in. After checking in we are boarded on an eco-friendly bus and off we went. Traveling on a dirt road we arrived at our first exhibit. I now realized what we were in for. Structured art work among nature. It was incredible. Some of the structures were about 60 feet tall. From exhibit to exhibit in an area of over ten thousand acres this was such a treat. I always ask residents in Montana if they have been to Tippet Rise? And the response is always "Tippet Rise, never heard of it."  If you appreciate art and have the chance, go visit Tippet rise.  Visit their website for information on it's season and concert events.  https://tippetrise.org/ 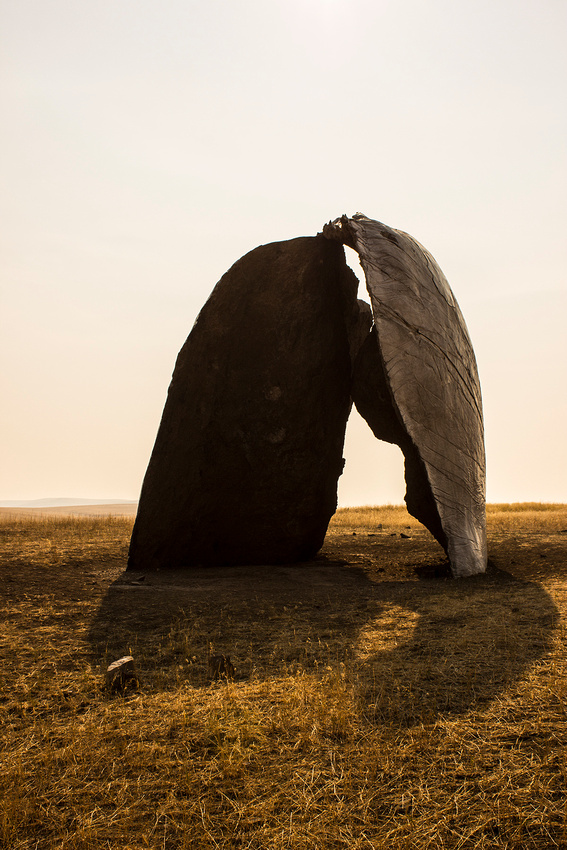 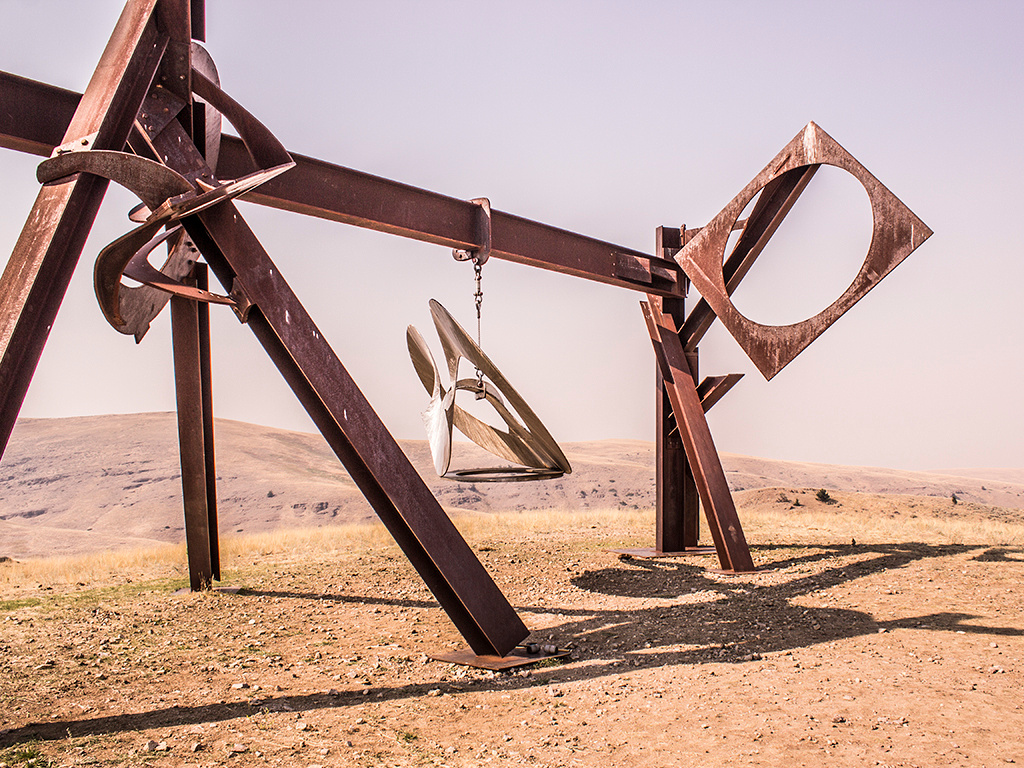 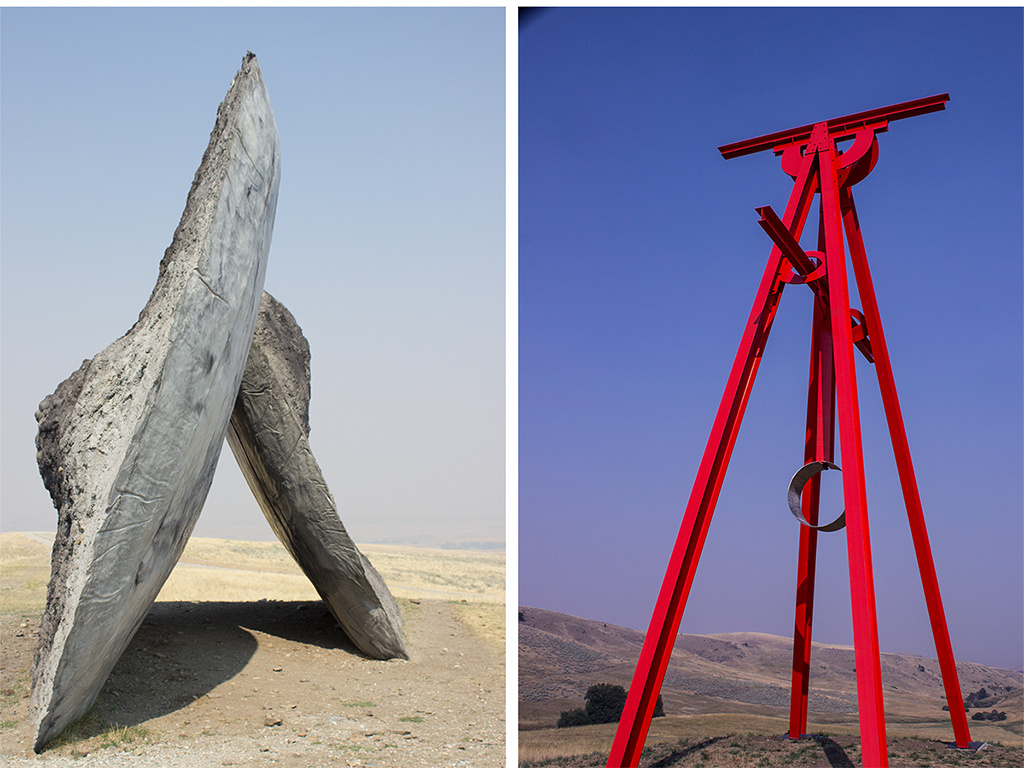 In 2015, after dating for a couple years, I asked Dianne to mark August 21, 2017 on her calendar to go on a once in a lifetime adventure. She said Ok.

I didn't even know if would still be dating then. As the date approaches and we are still a couple.  I needed to find lodging for this event. So in March 2017  I was discouraged to find all or any lodging.  The nearest place to go was Chico Hot springs resort. I was lucky to get a room for two nights.

On the eve of the event I informed Dianne that we  would have to leave at 4am to get to the zone of Totality by 10am, which was 175 miles away and we would have to drive through Yellowstone National Park.  Naturally, she said I was crazy.

So we woke up and left. Not one bit of traffic. We arrived near the south entrance of Jackson Lake and a Park ranger advised us of a dirt road ahead that we could park and observe. We followed his instructions and what a spot for viewing with the Tetons as a backdrop. As a photographer this was as good as it gets. 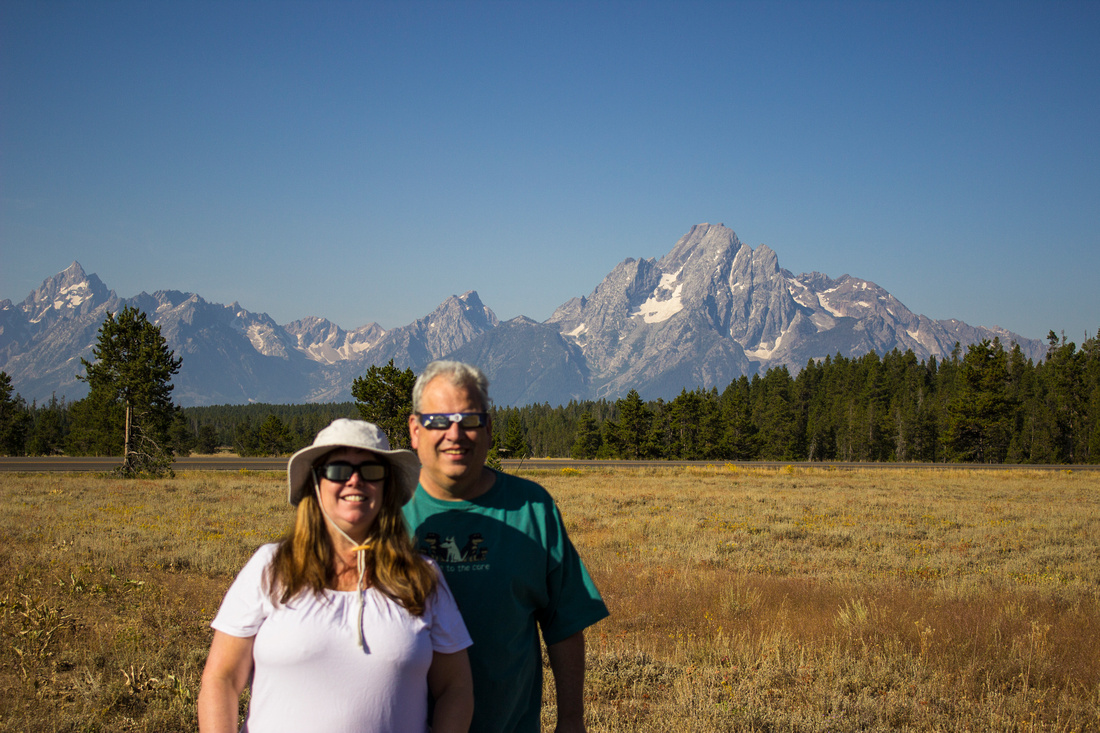 With our goofy looking eclipse sunglasses we were ready. As it happened we were surprised at several things. As the eclipse began, shades of darkness started, the landscape around us took on shades of green and blue hard to describe. The temperature started to decrease, a gentle breeze cooled on our faces all at the same time. As the sun was disappearing behind the moon I was taking pictures and shooting video of the landscape around us it became very overwhelming  all at once. When the event of totality was over, the last phases of the eclipse were happening, Dianne came over to me and I said to her:

"I told you it would be a once in a lifetime adventure"  She had a big smile on her face and I said  " How about another Lifetime adventure and be with me forever" I put a ring on her finger and  she did spins in the field we were in and said yes.

Our adventures here in Montana continue. 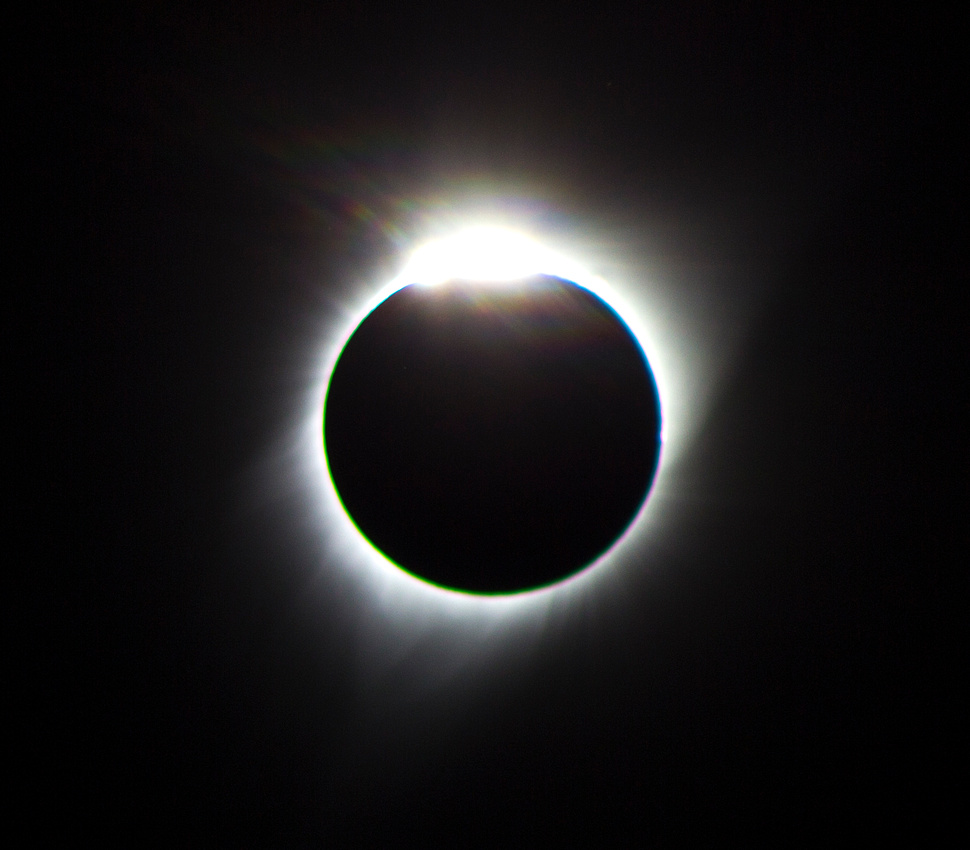